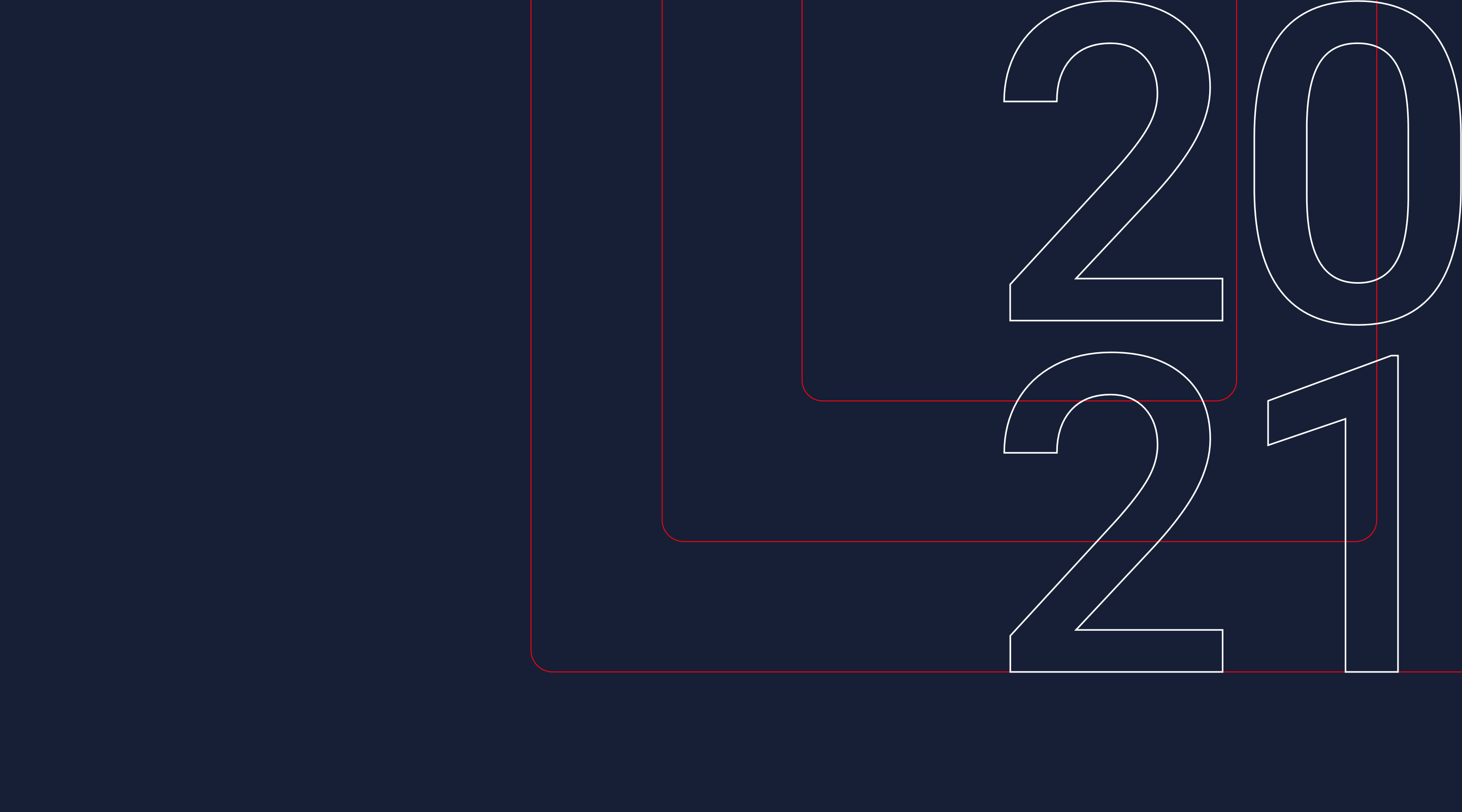 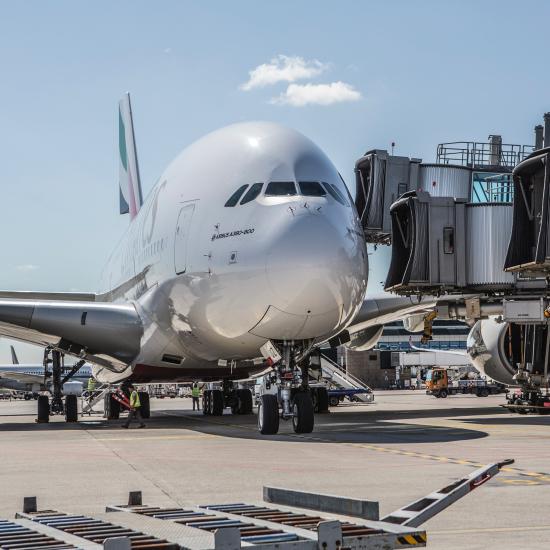 Read the Letter to Stakeholders

We will look back on 2021 as a year of great change for SEA with regard to the inclusion of sustainability parameters in our business strategy and the development of a long-term plan and vision regarding our commitment on the ESG front.

Despite the difficult economic and financial conditions faced by our Company and a transport market still considerably weakened by the ongoing pandemic, we have decided to make our all-out commitment to sustainability even more challenging.

We have set ourselves goals and taken on responsibilities that would have been less arduous had the resumption of flights been quicker and had we had greater resources to support the fundamental transition to smarter and greener operating modes.
But this has not prevented us from setting and pursuing some ambitious goals.

The most significant is the decision to bring forward by 20 years – compared to the EU target set in the Climate Law – the goal of completely decarbonising all airport operations under our direct control.

Malpensa and Linate are among the 9 European airports that have already set the goal of "net zero carbon footprint" by 2030, a commitment that has been formalised by obtaining the highest level (4+) of the Airport Carbon Accreditation (ACA) certification, the voluntary CO2 emission reduction programme – of which about 200 European airports are now a part – promoted by ACI Europe, the association of European airports.
In view of these goals, the SEA Group has decided to immediately change its existing energy supply system. In the autumn of 2021 we launched a tender for the sale of our subsidiary SEA Energia, which currently manages two cogeneration plants and makes our two airports self-sufficient on the energy front.

Although this way of producing energy is the most virtuous, among fossil-based energy sources, in terms of containing climate-changing emissions (as attested by its inclusion by the EU among transition activities considered compatible with EU climate objectives), we believe its continuing use does not come up to the radical nature of our commitment, and have therefore decided to start a new brand energy chapter. Working with a new energy partner, we will soon identify the best electricity and heat supply solutions that can keep us, over the next eight years, on the path of reducing emissions as outlined in our ACA 4+ certification strategy.

But this is not all we will be doing. We are laying the groundwork to make our contribution to the decarbonisation of air transport, seeking to work with other European airports, fuel producers and leading aircraft manufacturers on joint research initiatives.

We are well aware that this transition, which will lead us to a cleaner and quieter air transport, is a long and complex process, requiring airports to play their part from today, and to be ready when the number of aircraft powered by sustainable fuels – electric, hydrogen, etc. – goes up.

Part of this "innovation package" promoted by SEA includes the aim of being one of the first airports in Europe to develop urban air mobility solutions. We are working on a project – to launch in 2026 – for very short-haul connections (30-50 km) from Malpensa airport with a fleet of electric aircraft with vertical take-off/landing capabilities that can help to cover the mobility needs of people and goods in large conurbations. This will bring considerable advantages in terms of road traffic congestion and environmental impact (CO2, air quality, noise).

A further area where our ability to combine sustainability and business growth will be tested is the Malpensa Master Plan, a project centring on infrastructures that the airport will need to have in place by 2035 to comply with the traffic model that is planned for that date. This project entails an expansion of the airport area devoted to cargo activities to counter the risk of a saturation of spaces in the near future and the consequent impossibility of meeting the growing global logistic-commercial needs of industry in northern Italy.

When assessing development options for an infrastructure as strategically important as an airport, for which there is a fallout of environmental externalities mainly concentrated in the area surrounding the facility, as well as significant socio-economic benefits for a considerably broader geographic area (Malpensa's cargo catchment area extends for over 70,000 sq.km), the concerns of local stakeholders naturally have to be taken into account.

Our position is clear: integrating sustainability in the business plans of companies that, like us, manage airports, also means respecting and defending the "public interest” profile of our activity.

We can see by the figures that the strengthening of Malpensa's Cargo City really is in the public interest.

In 2021 (when passenger traffic fell dramatically below the pre-pandemic physiological threshold, while cargo traffic posted extraordinary growth), SEA turnover in the cargo segment did not exceed 15% of the total, and employees dedicated to this activity made up just 7% of the workforce.
Moreover, the values of imports-exports transiting from Malpensa (€42.9 billion, €6.4 billion up on the previous year and €0.7 billion up on 2019) make up about 5% of all Italian foreign trade.

According to the estimates of the LIUC Observatory, the overall economic impact on the production system in northern Italy generated by the Cargo City amounted to €14.8 billion, with jobs for over 85,000 workers.

We can therefore say that for every million euro of turnover generated by SEA in the cargo sector, Italy's production system generated 280 million, and that every SEA worker employed in that sector contributed to the creation of a further 457 jobs.

But we are also aware that serving the public interest – i.e. having functional air infrastructures well connected with markets of interest to our production system – also means knowing how to protect the collective heritage, such as the integrity of the natural ecosystem.

We have gone to great lengths in this sphere, actively collaborating with institutions and other local stakeholders. Again, the figures paint a clearer picture.

We have kept the expansion of the airport area to a minimum (halving the space requested compared with the initial version of the project), and we have drawn up a compensation plan that increases by five-fold the area of naturalistic relevance that would be returned to the territory in exchange for the area we would like to use.

Therefore, the overall result of the operation would be a 50% increase in the ecosystem value index of the area affected compared with the current situation.

We are also taking actions to mitigate the other environmental externality connected with the project, namely the increase in night-time noise associated with more intense cargo activities. The next tariff scheme will introduce a deterrence factor regarding night-time flights, with the doubling of fees applied in the most sensitive time slot for noise emissions.

The examples cited here prove that the conclusions reached by SEA top management in 2021 regarding the need to give greater breadth and depth of vision to sustainability actions have resulted in a strategy that will be nurtured and supported both internally – stressing the conviction that every project is never solely technical in nature, but also has implications and repercussions requiring dialogue and discussion with stakeholders – and in relations with external parties, with whom we will continue to seek dialogue on our options for future development within a logic of system-wide repercussions and benefits.

The hoped-for return to a stable situation has not materialised in the early months of 2022, indeed further complications have emerged, however we will do all in our power to execute our plans and fulfil our commitments, in the belief that the vision behind our actions will pay off in full in the future.

"2021 marked a step change for SEA in terms of integrating sustainability metrics into our business strategy and developing a long-term policy vision of our commitment to ESG standards."

We generate value that lasts over time

With a view to underpinning the development of our business model and ensuring continuous generation of value over time – and further in line with changes in social expectations regarding sustainable mobility – we strive to pursue an increasingly integrated management of economic, social and environmental sustainability.

We have been able to integrate ESG criteria into our corporate strategy by devising a long-term Sustainability Vision. Based on the “Sustainable Strategy for Airport” model recommended by ACI Europe, the framework consists of 3 main areas of impact (environmental, social, economic), each of which is in turn broken down into 3 topics. 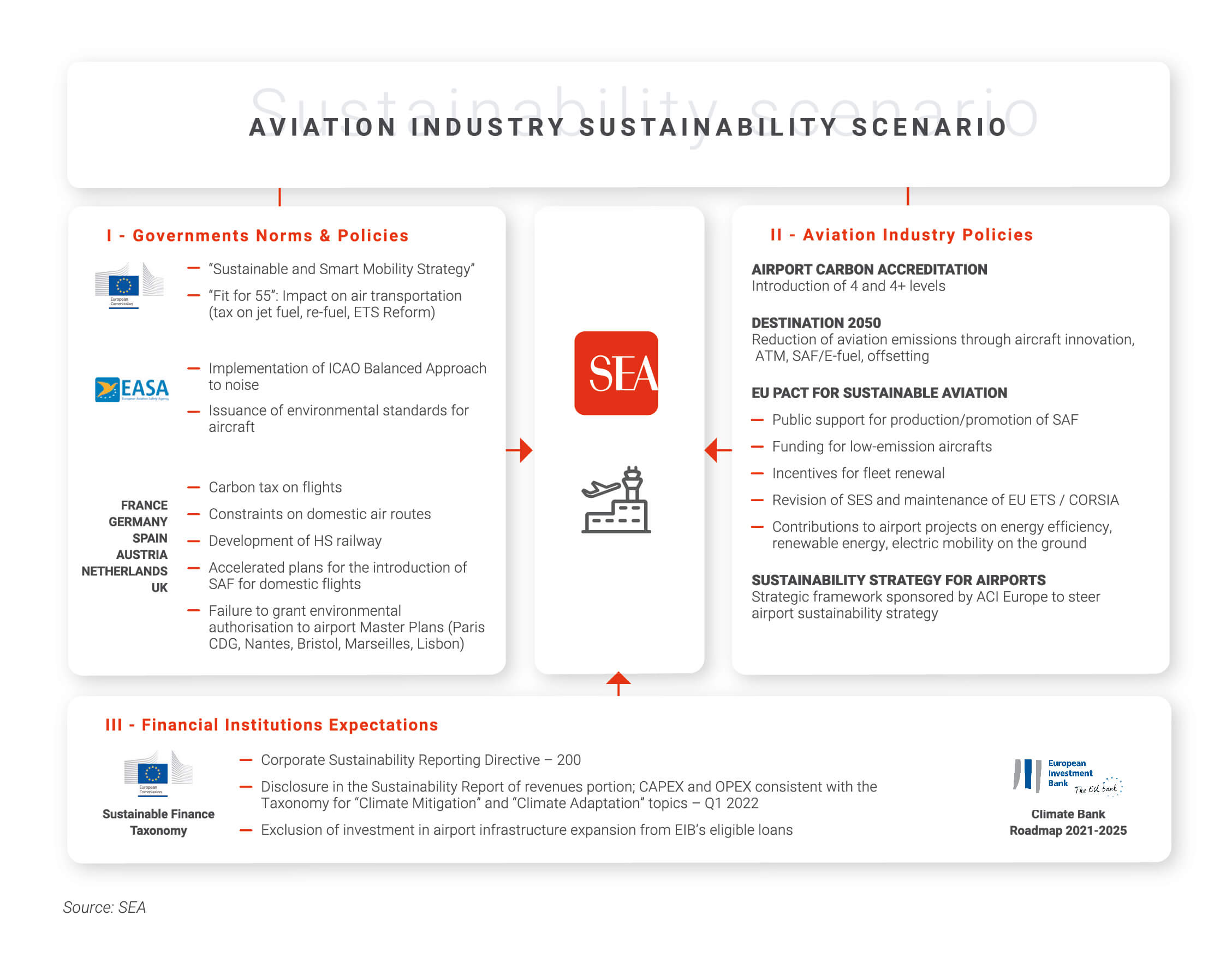 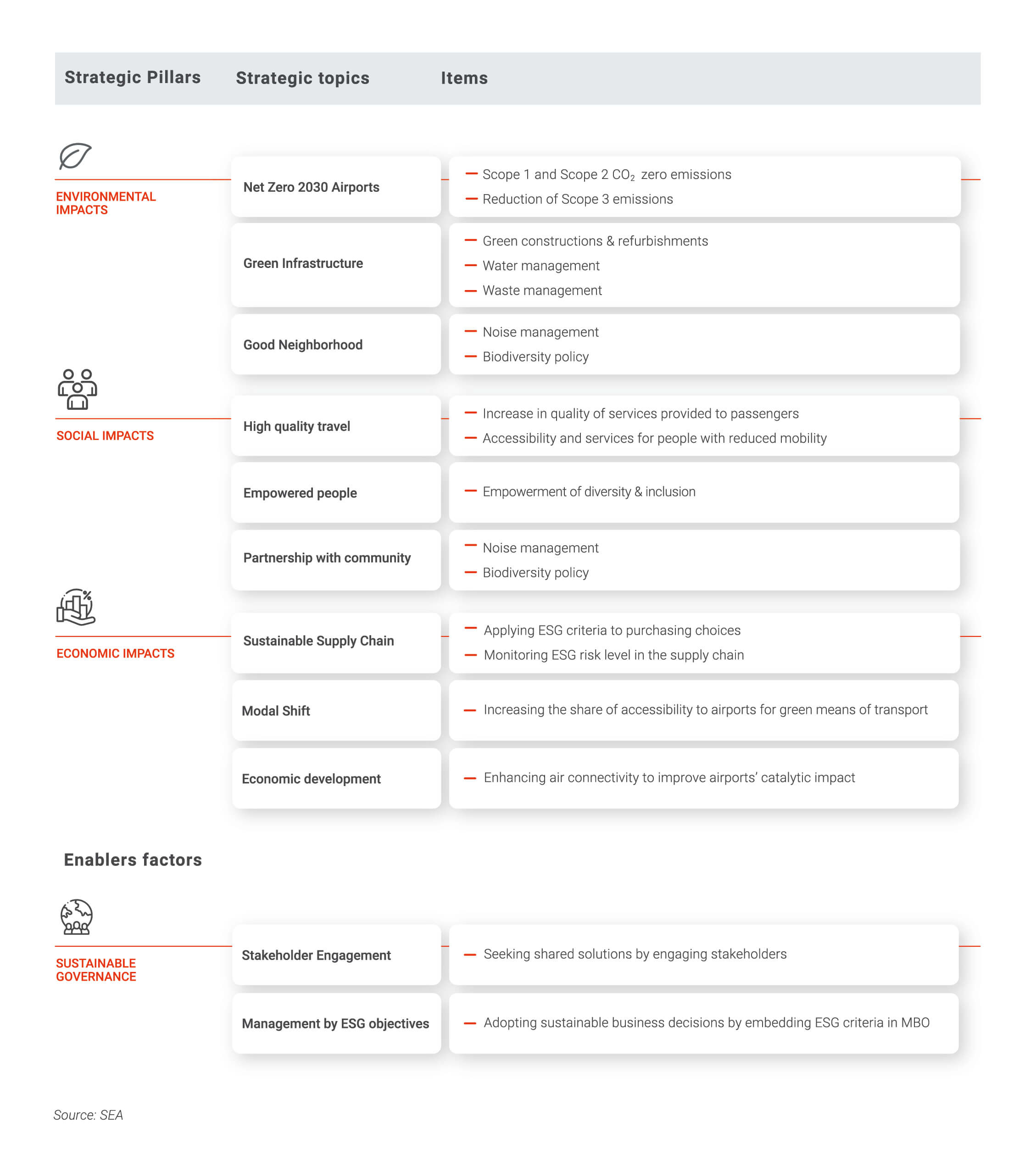 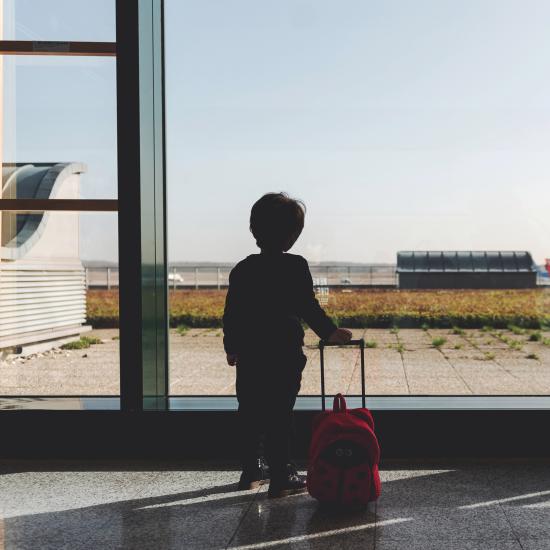 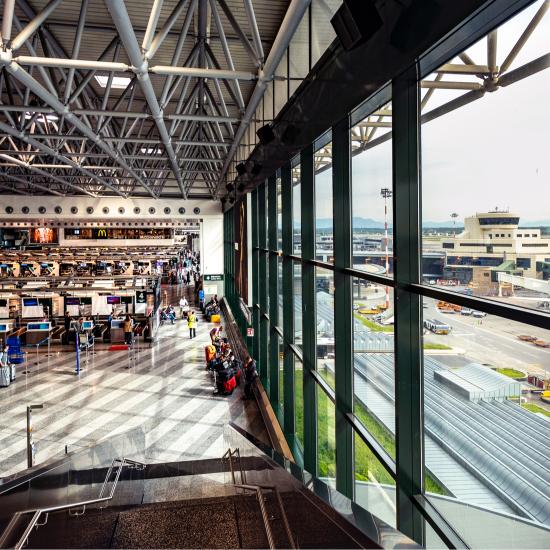 We consider our success in generating value for the company to be highly dependent on our ability to provide effective responses to the needs of the context in which we operate: we ensure accessibility and connectivity on a global scale and act as catalysts for the local and national social and economic fabric. 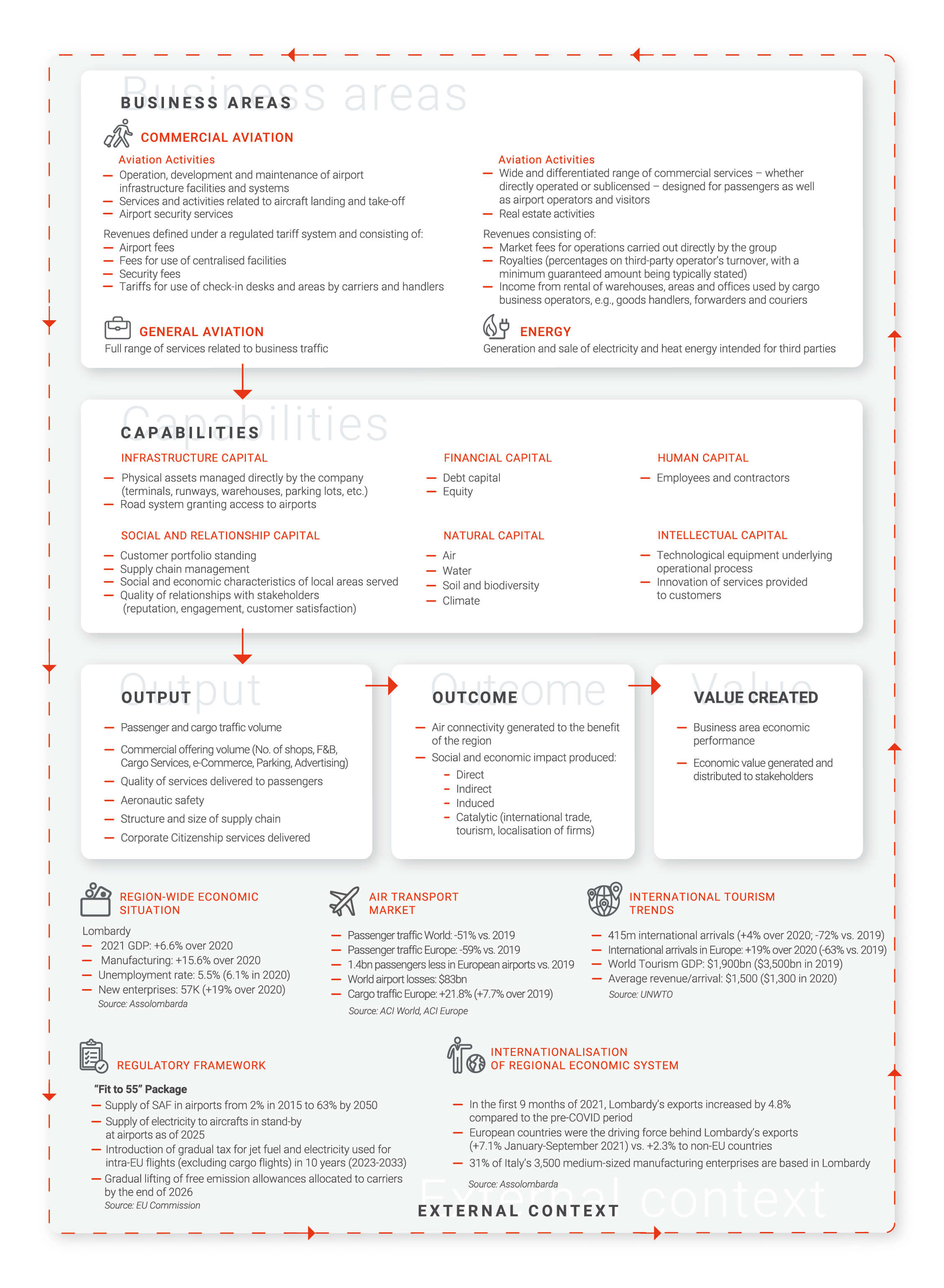 A flexible and resilient organisation

We invest in the development of our people’s skills by implementing training plans and specific projects geared towards work process digitalisation and integration, in our pursuit of becoming an increasingly inclusive company.

In 2021, remote work played a key role in enabling most SEA functions to ensure service continuity notwithstanding the difficult situation brought on by the pandemic.

736
colleagues (accounting for more than 97% of people with job tasks compatible with smart work) worked remotely for a total of 30,502 days 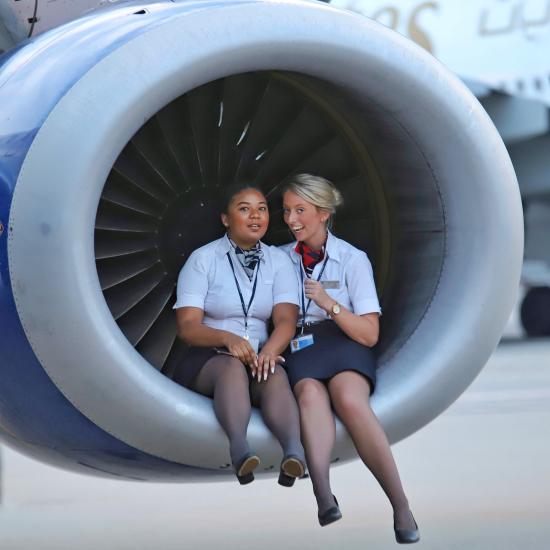 We promote a plan intended for young people to encourage and implement generational turnover and bring in new skills.

In 2021, we launched the Diversity & Inclusion project, an endeavour designed to build a company-wide inclusion culture. It was extended to 35 employees as part of a training path that will reach its final stage in 2022, with more than 1,600 hours of work and training being delivered.

In 2021, 13 new hires were onboarded and completed the Talent Management process for the purpose of being appointed as an Executive Officer, Manager or filling the position. 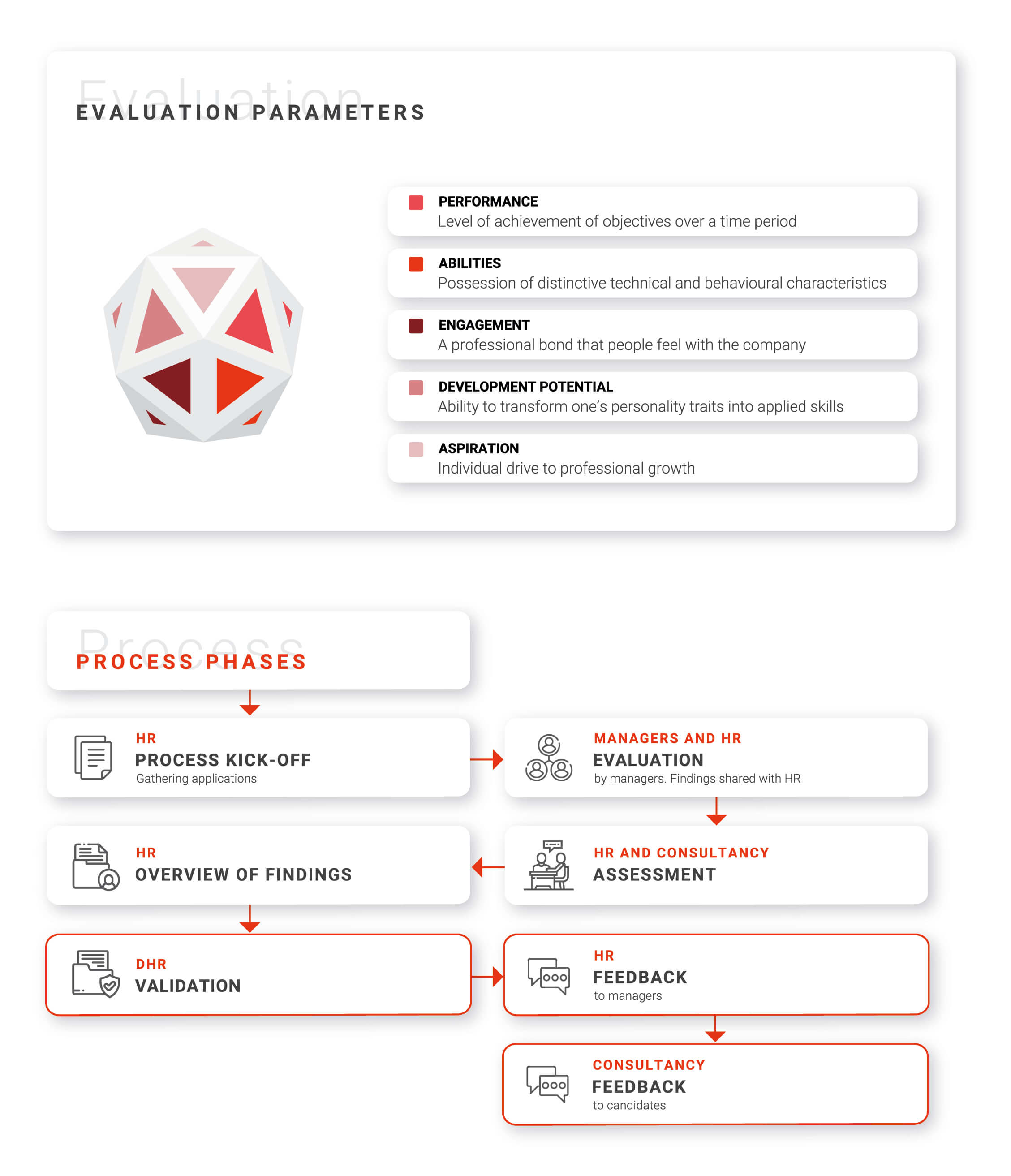 In 2021, we obtained level 4+ of Airport Carbon Accreditation (ACA) certification for both airports, by defining a plan to reduce Scope 1 and Scope 2 absolute carbon emissions. In line with the ACA, we are committed to reducing our direct emissions and achieving “Net Zero” by 2030.

Breakdown of CO2 emissions between Scope 1, Scope 2 and Scope 3 of SEA SpA (% of total emissions)

In 2021, SEA Linate Prime was the first Italian business aviation airport to refuel with “Jet A1 + Eni SAF”, a “sustainable” fuel with low environmental impact.  The organic share contained in the product allows GHGs to be reduced by more than 90% compared to the fossil mix reference standard.

Breakdown of CO2 emissions between Scope 1, Scope 2 and Scope 3 of SEA SpA (% of total emissions) 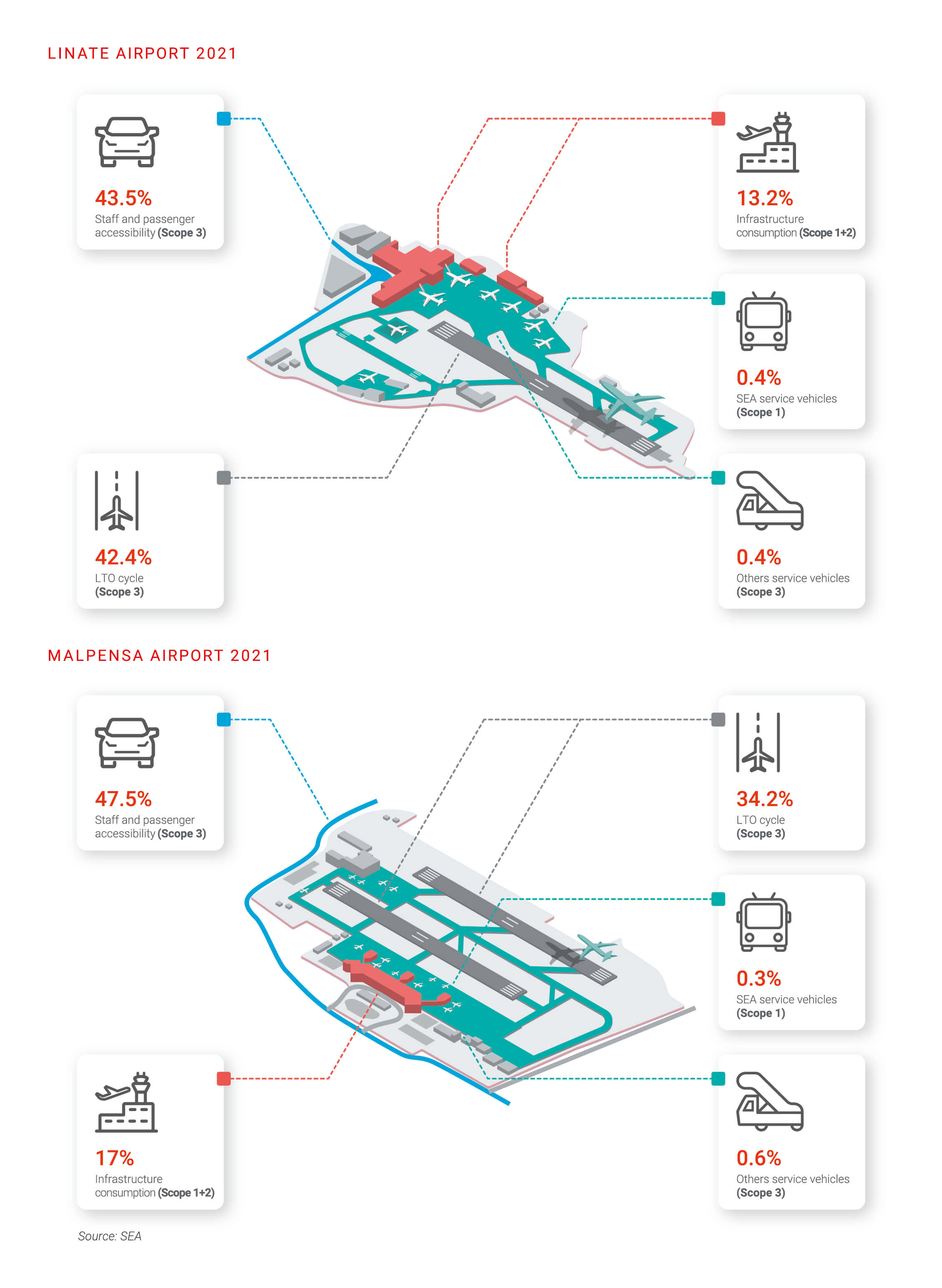 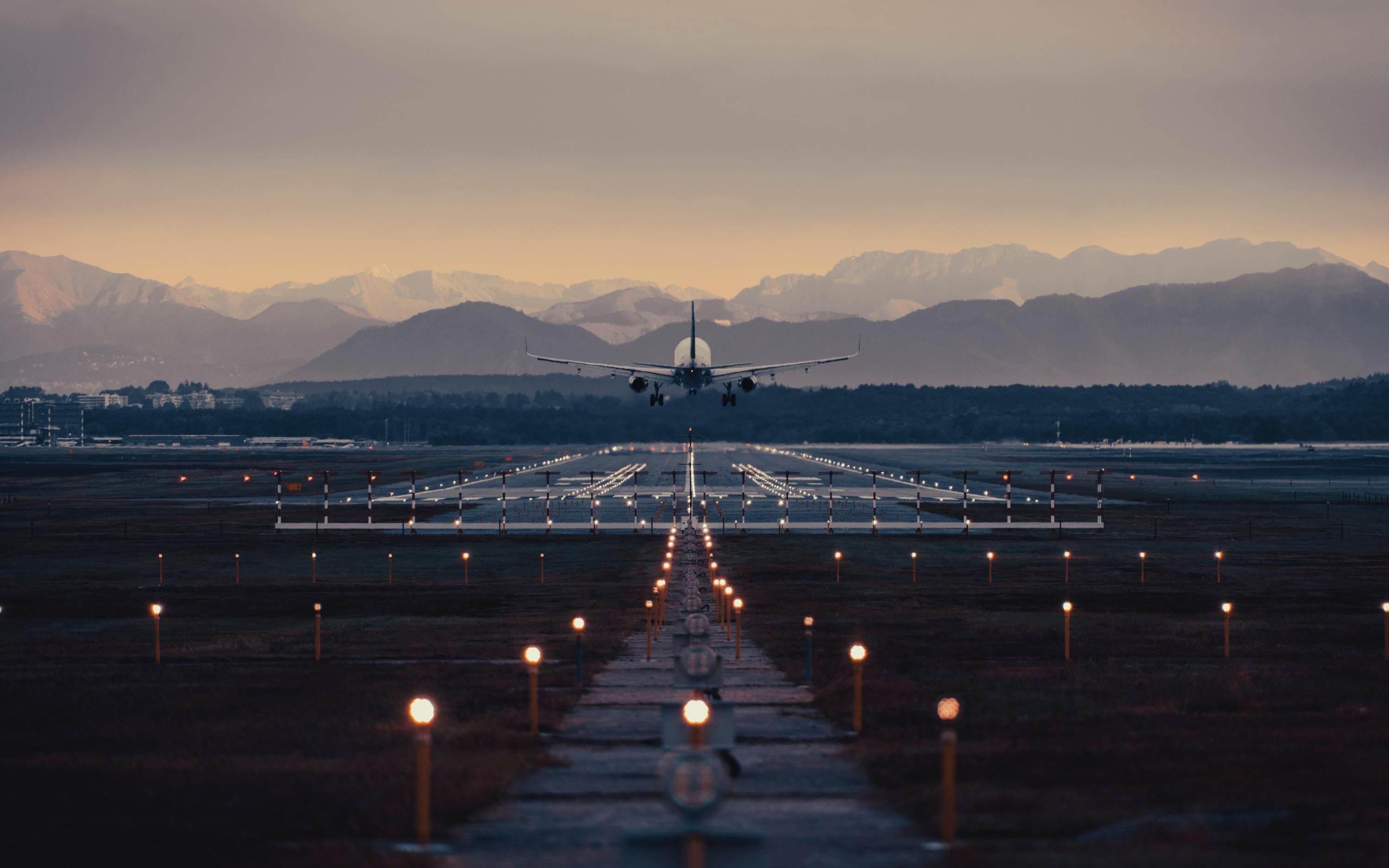 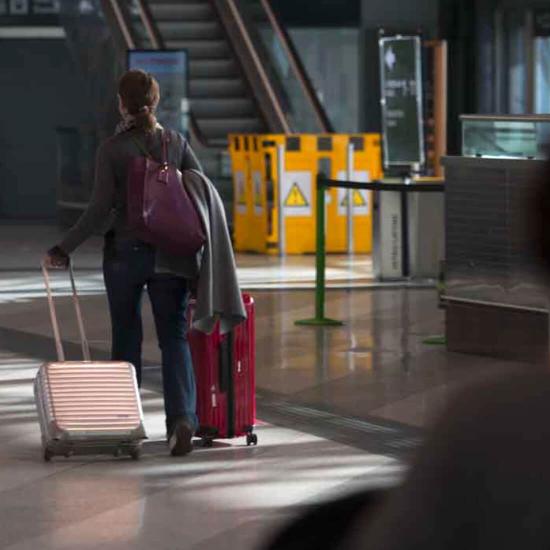 The opinions expressed by passengers for Malpensa and Linate airports have gradually improved in recent years, rewarding the efforts and endeavours made with determination and commitment.

Passengers particularly appreciated the new services offered at Linate. The level of satisfaction has increased considerably following the opening of the new check-in, security, commercial and boarding areas.

Both our airports have been awarded the ACI World’s Voice of the Customer, an initiative rewarding airports that – during the difficult period of the pandemic – included listening to their passengers among their priorities. 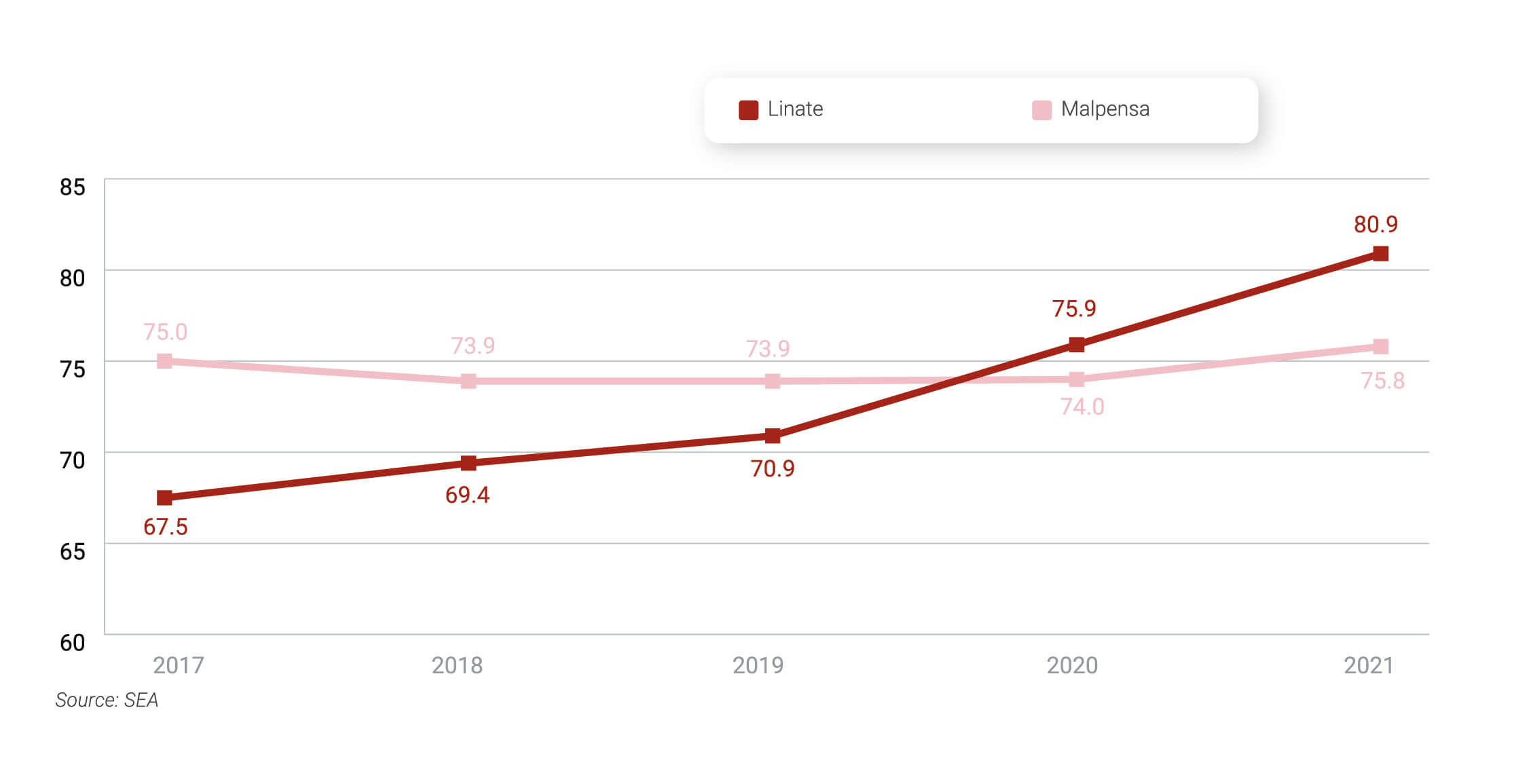 The impact of Malpensa in the international trade

In 2021, Malpensa Cargo City continued to have a significant impact on Made-in-Italy exports, with especial reference to furniture, chemical, transport vehicles and mechanical industries. 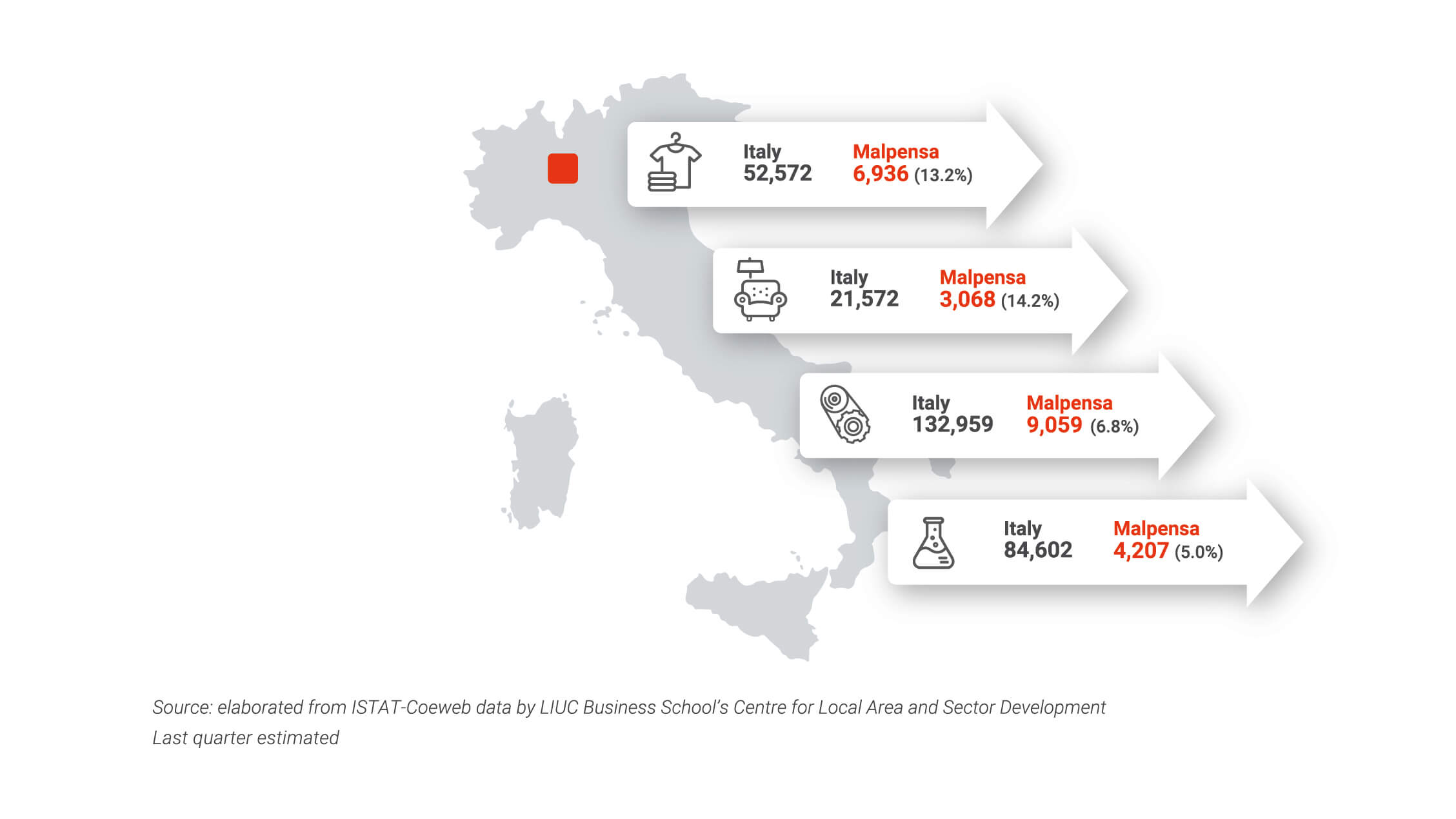 Our Malpensa and Linate airports act as key enabler for us to engage with the local communities by creating opportunities and promoting shared growth.

The overall impact of the Milan airport system on the economy of Northern Italy in 2021 can be estimated at around €28bn, corresponding to over 215 thousand jobs created.

The impact of Malpensa in the international trade 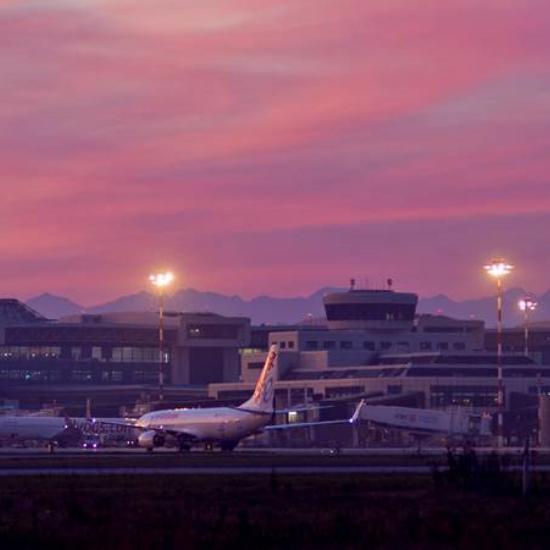 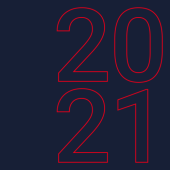 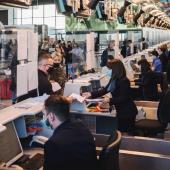