An ethical stance is what would be adopted by a calculating mind, after having done its sums properly. 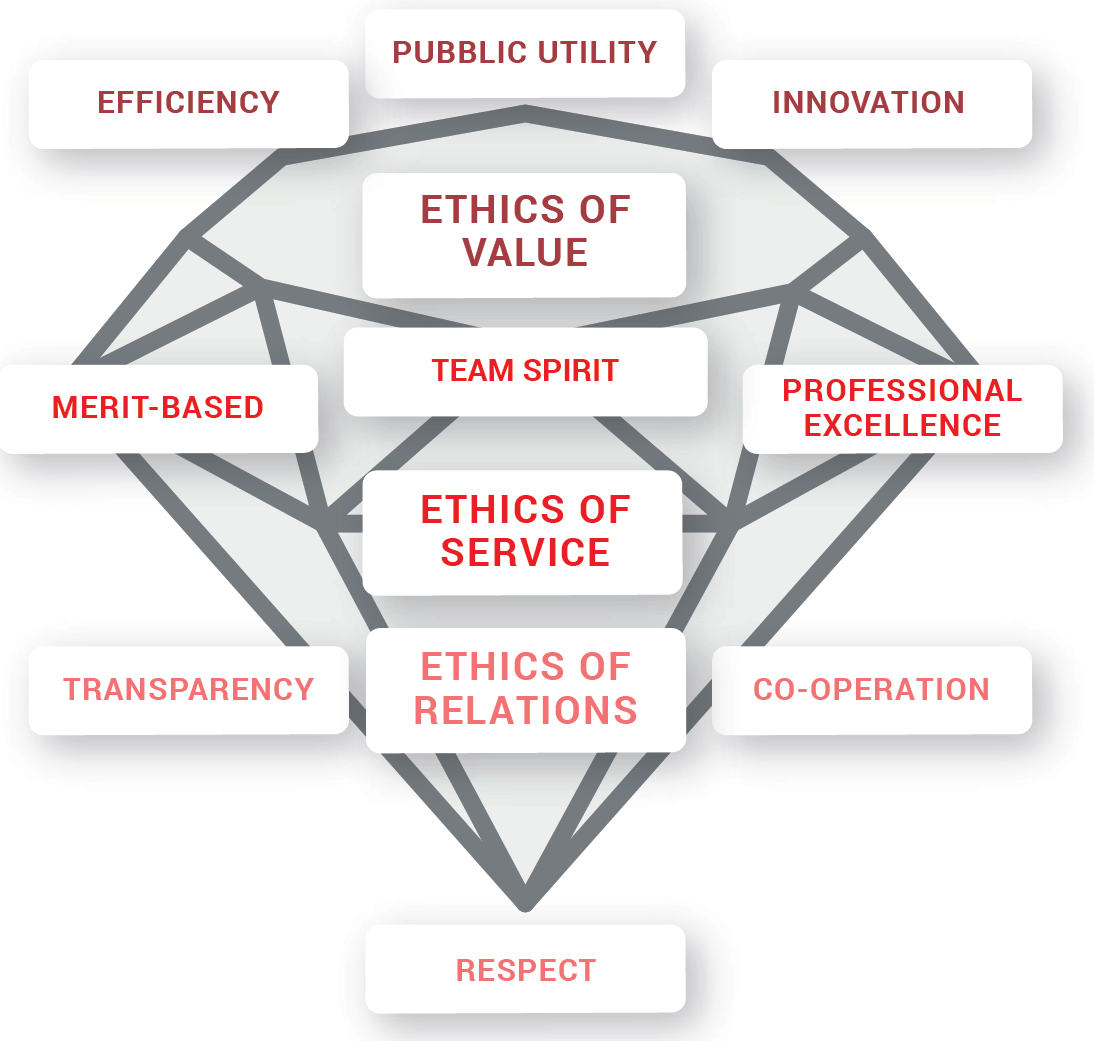 This document was prepared with the widespread and systematic involvement of SEA’s people, with a view to endowing the company with a system of principles able to enhance its capacity to respond to the challenges that await it. In this way, SEA has identified the value horizon to which the entire company is committed and on the basis of which its policies, procedures and contractual terms and conditions will be consolidated and, where necessary, revised, in a gradual manner, as required by conditions in the company and the business context in which it operates.

The approach adopted for the task was to establish an ethical platform for SEA, built not just on rules but on ways to bring Values into play. Because although rules serve to give order to an organisation, without Values they are perceived as an imposition, as an annoying nuisance that restricts freedom of thought and action for people. A company made up solely of rules is a place lacking in vital energy. Merely requiring obedience to rules today risks leading an organisation to reaking point, in a playing field that is increasingly fluid and in which the unpredictability of events and situations forces people ever more to make unexpected decisions.

Values, in a way, are also rules, but rather than obedience they call on people to take responsibility, requiring them to reason and decide with their own heads. Companies have increasingly less need for “conformist” people and a growing need for “responsible” people, which means people “able to give answers”.

Values do not provide those answers automatically, but by following them closely, they act as signposts, pointing the way to finding them.