Sea Group believes to be a driving force in economic and employment growth.

The majority of SEA’s charitable donations over the past three years, totalling over Euro 2.6 million, concerned support for cultural initiatives, such as the Teatro alla Scala Foundation in Milan.

As a founding member, SEA actively participates in the promotion of musical culture throughout the world, supporting the national artistic heritage and improving its quality level. Over the past three years, SEA has invested Euro 200 thousand in corporate citizenship projects. 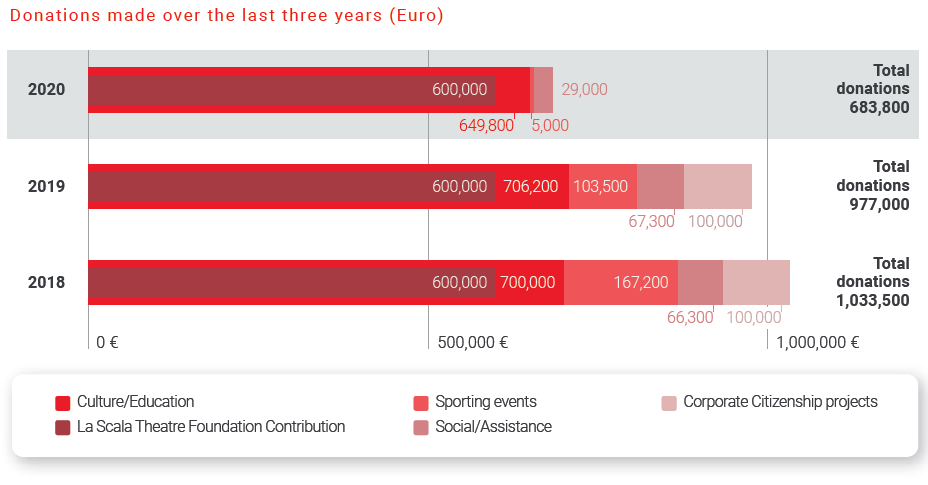